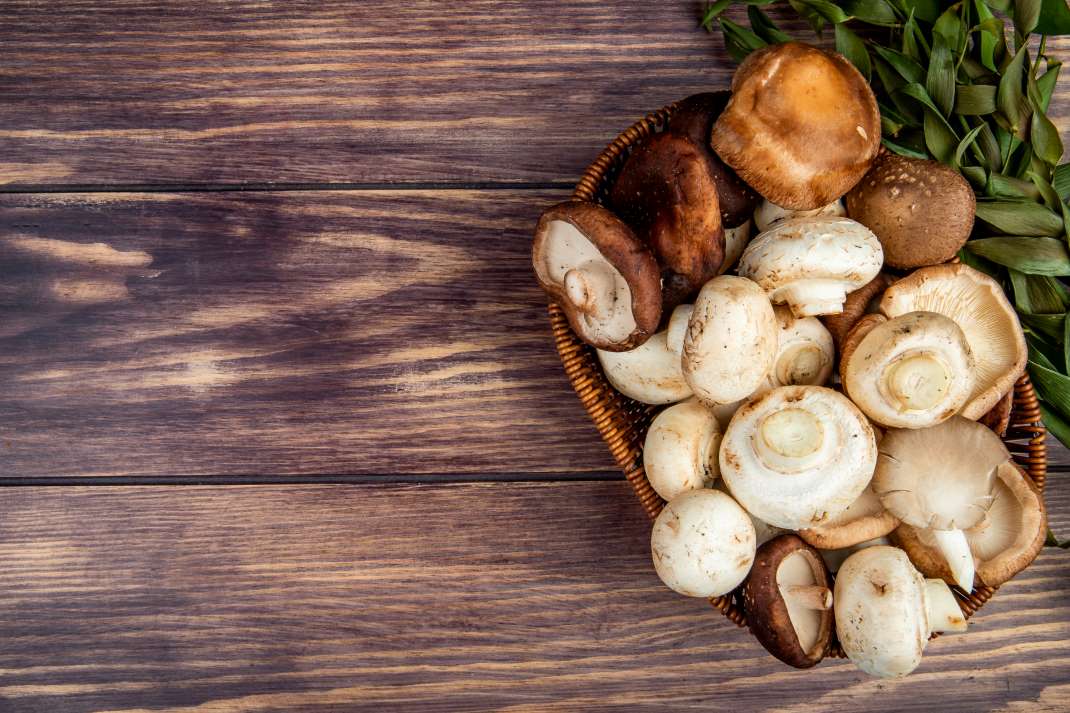 Are mushrooms high in histamine? Mushrooms have a delightful, earthy flavor that works with many different types of foods. With so many varieties of mushrooms that it’s almost mind boggling, there’s lots to choose from. Mushrooms are a fungus that comes from the ground and are not only delicious but also have health benefits.

Most people can enjoy mushrooms without a problem, but if you have histamine intolerance, you might wonder whether mushrooms are high in histamine or histamine liberators. Let’s look more closely at whether mushrooms can be part of a low-histamine diet. First, we’ll look at their nutritional benefits, and then explore how they stack up in terms of histamine.

Most people have no trouble eating mushrooms. But if you have histamine intolerance, you must be aware of everything you eat to avoid overloading your histamine tank and triggering the familiar symptoms of histamine overload. Histamine sensitivity symptoms often fluctuate with the composition of your diet, and making smart dietary choices is the best way to control it.

All mushrooms are low in calories, but still contain a variety of nutrients. A cup of mushrooms supplies 3 grams of plant-based protein and some B-vitamins, making them popular with people who eat a plant-based diet. (6) Mushrooms are also one of the better plant-based sources of a trace mineral called selenium that has antioxidant activity.

In addition, mushrooms contain other antioxidants that aren’t in many foods, including one called ergothioneine. Antioxidants help fight free radical damage and have anti-inflammatory activity, making them a possible component of an anti-inflammatory diet. They also contain beta-glucan, a polysaccharide with immune-enhancing activity. Plus, they’re low in calories. (5)

It’s More Than Just Histamine: Other Biogenic Amines in Mushrooms

In the case of mushrooms, the high putrescine content may be problematic if you have histamine sensitivity. Despite being a low-histamine food, people often say mushrooms trigger their histamine intolerance symptoms. It’s likely that they’re reacting to the putrescine, and to a less degree, spermidine in mushrooms. These biogenic amines are tying up the limited amount of diamine oxidase available.

Although not common, some people are sensitive to mushrooms, in a classic food allergy sense. (2) When they eat, inhale, or even touch mushrooms, immune cells release histamine. That’s not what you want if you have histamine intolerance. It’s not clear how common mushroom allergy is but it can sometimes show up even if you’ve been eating mushrooms for years without problems.

Are mushrooms high in histamine? Mushrooms are low in histamine with studies finding no detectable histamine in this nutrient-dense fungi. However, mushrooms contain putrescine and spermidine in amounts high enough to cause histamine intolerance symptoms if you have a low level of diamine oxidase. (1)

As with other foods that contain biogenic amines, you may do fine with small quantities of mushrooms if you don’t have a severe deficiency of diamine oxidase and you don’t consume other high-histamine foods or foods that trigger histamine release. It’s about the totality of your diet rather than a single food.

If you experiment with mushrooms in your diet, make sure they’re fresh and don’t store them in your refrigerator for more than a day to ensure they don’t produce more biogenic amines during storage. Continue to keep a food journal so you can track whether your symptoms change if you eat a new food.